This guide was authored by fertility supplement provider, Fertility Family.

Air pollution is an ongoing health concern for millions and with news reports emerging of possible links between pollution and fertility problems, it is worth understanding exactly what is happening with the UK’s efforts to clean up its air. Greener air is beneficial for both overall health and fertility, so where are the areas that are doing best in the UK?

Fertility experts Fertility Family have investigated the latest figures on air pollution. We have compiled wide-ranging data and sought advice from experts in the field to determine the exact nature of these possible links, and pinpoint some of the best places for clean air in the UK.

How bad is the air pollution problem in the UK?

The latest figures from DEFRA (Department for Environment Food & Rural Affairs) – detailed further below, show that urban areas including Glasgow, Liverpool and Manchester have seen significant improvements in air pollution levels over the last three years, while the East and South East of England are the regions with the most consistently high recorded air pollution levels over the same period.

According to the UK government, air pollution is the largest environmental risk to public health, increasing the risk of chronic conditions such as cardiovascular and respiratory diseases as well as lung cancer. It was estimated in 2018 that exposure to man-made air pollution in the UK causes between 28,000 and 36,000 deaths per year and costs the NHS between £8 billion and £20 billion.

While the problem in big cities like London is well-publicised – some major roads tend to break annual air pollution limits just days into a new year – the problem exists across the country and tends to come from road transport as well as power generation, industry and farming.

A 2020 study by the Centre for Cities think tank supports the data above and pinpoints one possible cause. In 19 cities and towns, all but one of which were in the South East of England, pollution levels on every A-road and motorway exceeded World Health Organization guidelines, potentially exposing 14 million people to pollution. In addition, not all pollutants in this region originate there – some are blown in from Continental Europe.

How bad is air pollution for the environment?

The ways in which air pollution impacts the environment cannot be underestimated – it is a major contributor to the climate crisis causing such concern for the long-term health of the planet. Greenhouse gases created by emissions trap the earth’s heat in its atmosphere and lead to the temperature rises that we have seen more of over recent decades.

It causes irreversible damage to crops and trees, reducing growth yields and sustainability, making our plant life more vulnerable to disease, as well as placing more animal species under threat of extinction. The threat of air pollution affects every aspect of life on earth – highlighting the links between human wellbeing and the health of the planet and demonstrating that when one part is threatened the whole system is thrown way off balance.

How does air pollution affect fertility?

It has been suggested that environmental pollutants play a role in infertility.

As recently reported by The Guardian, a new study of 18,000 couples in China has shown a possible link between air pollution levels and infertility (which the study and NHS defines as not becoming pregnant within one year of trying). Those living in areas with slightly higher levels of small particle pollution had their risk of fertility problems increased by as much as 20%.

Half of all fertility problems are linked to sperm quality. Environmental pollutants release Reactive Oxygen Species (ROS).  This can cause oxidative stress to sperm, resulting in DNA fragmentation (broken up DNA in the sperm head). Several studies have indicated that high sperm DNA damage can be associated with infertility issues.

A further study in the US has also identified a link between air pollution and a lower number of eggs maturing in the ovaries. While neither of these studies can pinpoint the exact pollutant causing the problem, they offer a possible explanation for at least some of the 30% of infertile couples experiencing unexplained infertility in the UK.

Antonio La Marca, Professor of Obstetrics and Gynaecology at the University of Modena and Reggio Emilia, said:

“Air pollution may increase the risk of infertility by acting at multiple levels: in women it may affect egg quality and reduce ovarian reserve (a term widely adopted to reflect the number of eggs resting follicles in the ovary and thus a marker of potential female fertility) and egg quality, in men it may reduce sperm count and quality, it may impair embryo quality and endometrial receptivity”.

Commenting on air pollution and how this lowers the risk of infertility, Dr. Audrey Gaskins, Sc.D. Assistant Professor at the Department of Epidemiology at Rollins School of Public Health at Emory University, said:

“There are many different biological pathways through which we think air pollution influences human fertility. In men, spermatogenesis is impaired with higher exposure to air pollution which may impact both the quality and quantity of male gametes. Air pollution has also been linked to reduced fertility in women due to its adverse effects on ovarian steroidogenesis and gametogenesis –accelerating reproductive ageing and increasing the odds of menstrual cycle irregularity.”

According to Dr Gaskins: “Air pollution exposures to the mother, during early gestation, may also affect pregnancy viability and maintenance leading to increased risk of pregnancy loss”.

Pregnant women are among the groups of people considered most vulnerable to the effects of air pollution. During the development of a child in the womb, exposure to air pollution can have a serious impact on foetal growth. This in turn means that it is associated with low birth weight, congenital abnormalities, miscarriage, stillbirth and premature birth.

However, the charity Tommy’s points out that studies have not shown air pollution to be the direct cause of these problems but have simply identified a credible link, and while no pregnant woman can be completely shielded from air pollution it is possible, as explained below, to minimise the risk.

Dr Shanna H. Swan, Ph.D. one of the world’s leading environmental and reproductive epidemiologists and a professor of environmental medicine and public health at the Icahn School of Medicine at Mount Sinai in New York City, said:

“There are many steps a couple can take to reduce their exposures to chemicals that can harm their reproductive health. Once a couple recognizes that this is priority, they can start decreasing exposure to hormone-altering chemicals. Endocrine-disrupting chemicals, or EDCs can be decreased via  food, shopping, storage, cooking, products (such as personal care products) that women or men will use on their skin, cleaning and laundry products and anything with fragrance. These hormone-hijacking chemicals, which include phthalates, bisphenol A, and flame retardants, among others, have become ubiquitous in modern life”.

What needs to be done to tackle air pollution in the UK?

The UK government’s Clean Air Strategy 2019 sets out clear targets for cutting emissions across the coming decade. Its major objectives include:

These are major nationwide targets but there are plenty of things you can personally do to reduce your carbon footprint, like cutting down on car journeys in order to walk or cycle more, switching to a green energy supplier, cutting down your meat and dairy intake and planting more greenery at home.

As shown below, there is already real progress being made in improving air quality in some of the UK’s most highly populated – and polluted – urban areas.

Glasgow comes out on top for improvement in air quality, which may be in part due to its introduction of Scotland’s first Low Emission Zone in 2018. It is being phased in and applies initially to buses, set to be fully operational and affecting all vehicles by 2023.

Based on air quality over the last three years, the below shows which places to live in the UK have the greenest air, with Scotland, Northern Ireland and the North East of England generally shown to be the most unpolluted places to live:

What can you do if you’re worried about air pollution and fertility?

Experiencing fertility problems is a stressful and often emotionally trying time, so it is important to remember no one can be completely immune to the effects of air pollution. We can, however, all do our bit to reduce its impact.

According to the British Lung Foundation, there are plenty of things that you can do in your day-to-day life to reduce your risk of exposure to air pollution. These include:

“On an individual level, there are several ways you can reduce your personal exposure to air pollution:

Contrary to what we hear, most high street fertility supplements promote the use of strong antioxidants to improve fertility, however, there is poor evidence to support this. Supplements containing strong antioxidants such as Vitamins A, C and E, and other strong antioxidants such as Selenium and CoQ10 – could be doing more harm than good by causing the opposite effect such as reductive stress leading to sperm DNA decondensation where the DNA within the sperm cell unfolds and an inability of sperm to fertilise an egg. It is because of this that many fertility specialists in the UK recommend supplements that support the body to produce its own Glutathione naturally, this is the body’s own master antioxidant.

Getting your body to produce its own glutathione through the right micro-nutrient profile is at the cutting edge of fertility support, and stops DNA fragmentation without (unlike strong antioxidants) causing DNA decondensation, helping produce the best sperm for fertilisation and maintenance of an ongoing pregnancy. Clinical studies have shown that when men and women take this kind of support, the number of spontaneous pregnancies increases, even in couples that were unable to fall pregnant from assisted reproductive techniques such as IVF/ICSI.

“Certainly, the radical solution to avoid air pollution would be to live in small green villages, but obviously this is impossible for the vast majority of people who, for work reasons, have to live in large urban centres characterized by the highest levels of pollutants. It must be said, however, that most of us spend most of the day indoors and certainly not on the street. The good news is that today both technology and architectural solutions can help maintain an excellent level of indoor air quality compared to outdoor air. The advice for those who live close to particularly polluted urban areas is to devote attention to adapting their home or workplace (if possible) to reduce the effects of air pollution on their health.

Another good advice for people exposed to high levels of pollutants is to investigate at least once, their “level” of fertility. I mean one semen analysis and one measurement of ovarian reserve may be somehow considered as a point-of-care tests for identifying those requiring early access to infertility treatments”.

Is there cause for concern?

There is no doubt that air pollution is a cause for concern for everyone – that is why it is such a priority for governments around the world.

A recent systematic review concluded: “air quality has an impact on overall health as well as on the reproductive function, so increased awareness of environmental protection issues is needed among the general public and the authorities”. As a public health concern, air pollution is something that everyone should be making a conscious effort to tackle – whether or not these include a direct impact on fertility. 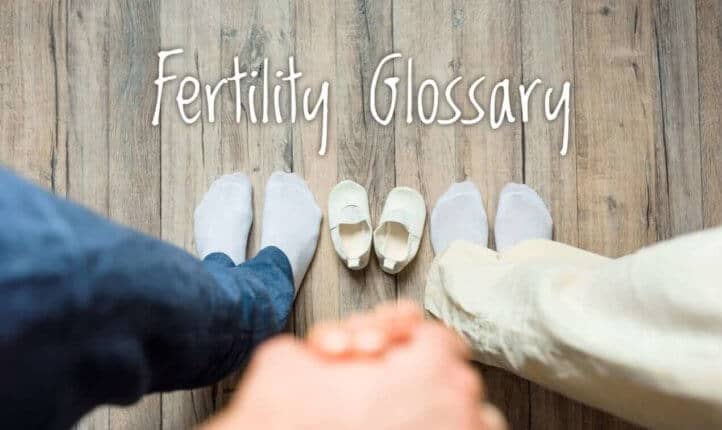 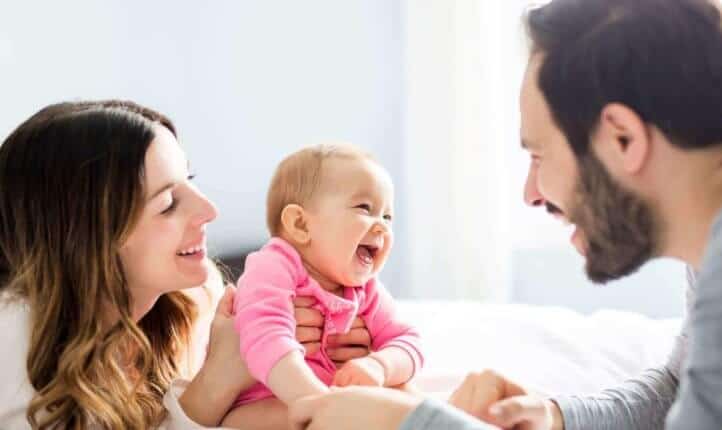