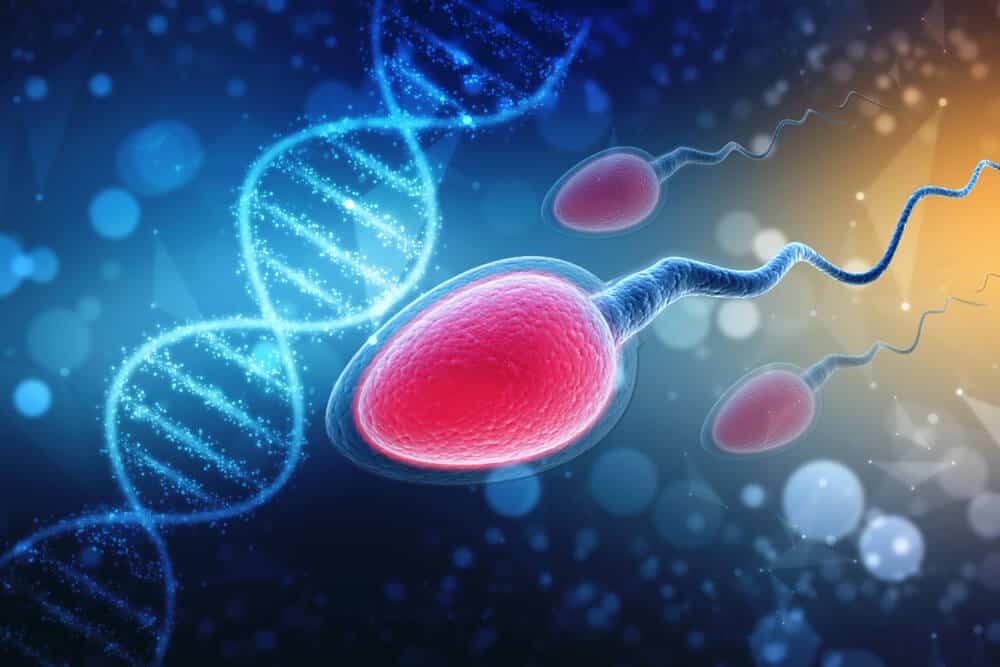 What is sperm DNA fragmentation?

Sperm DNA fragmentation is when the DNA held inside the sperm head is damaged and the strands are broken up, making conception unlikely and increasing the chances of miscarriage. It is one of the leading causes of male infertility that cannot be diagnosed from a simple sperm test.

How do I know if I suffer from sperm DNA fragmentation?

Most sperm tests will check for the basic sperm health parameters. This would be sperm count (number of sperm per ml), morphology (size and shape) and motility (ability to swim in a straight line). All three of these factors are important when considering male fertility. However, often overlooked is the DNA fragmentation test. We recommend that if you have been trying to conceive for a while without succeeding that you take one of these tests, as successfully conceiving and having a baby whilst suffering from sperm DNA fragmentation is very unlikely.

This DNA damage is usually caused by Reactive Oxygen Species (ROS) within sperm cells.  ROS are naturally produced by mitochondria, which are commonly referred to as the powerhouses or batteries of the cell.  As they provide energy, something a sperm cell requires a lot of, they also produce these ROS which can cause DNA fragmentation.  This damage is commonly referred to as oxidative stress.

There is some evidence that a varicocele can cause sperm DNA fragmentation.  Varicoceles are where the veins within the scrotum become enlarged, which can cause problems with blood flow to and from the testes.

Studies have shown that environmental factors, particularly diet and airborne pollution, can cause sperm DNA fragmentation. In addition to this, the lifestyle choices of men, such as drinking and smoking, all contribute towards oxidative stress within the sperm cell.  Most people are directly affected by these issues in their day-to-day lives and if you are trying to conceive it is really important that you are aware of them.

DNA fragmentation is caused by oxidative stress and if discovered it is often treated with antioxidants. This is not the correct approach.  While it does seem logical, a Cochrane review did not see a significant difference in pregnancy rates for men treated with antioxidants compared to those that were untreated.   Cochrane Reviews are systematic reviews of primary research in human health care and health policy and are internationally recognised as the highest standard in evidence-based health care.

Antioxidants aren’t as effective as you’d think because of a negative consequence that can easily be overlooked – reductive stress, this can result in DNA decondensation.  DNA decondensation is where the DNA inside the sperm head is unravelled, which is as detrimental to male fertility as DNA fragmentation.

It is essential to try and find balance between these two causes of infertility and that is where Impryl comes in.

Impryl has a unique formula of active ingredients, which have been carefully put together in order to activate your body’s own natural antioxidant defence.  This natural antioxidant defence is produced only where it is needed and solves the problem of DNA fragmentation without causing DNA decondensation.   Almost all other male fertility supplements contain strong antioxidants, which might not help you and may do your sperm harm.   You can learn more about Impryl and how it works here as well as order it from our store.

There are also a couple of simple changes to your lifestyle you can make which will help to reduce DNA fragmentation.

There is some evidence that shows that processed and junk foods can cause DNA fragmentation as well as reducing sperm counts.  Therefore, even if your BMI is at a healthy weight, it is advisable to be careful with what you eat, avoiding junk food, take the right supplement and focus on including more fresh fruit and vegetables in your diet.