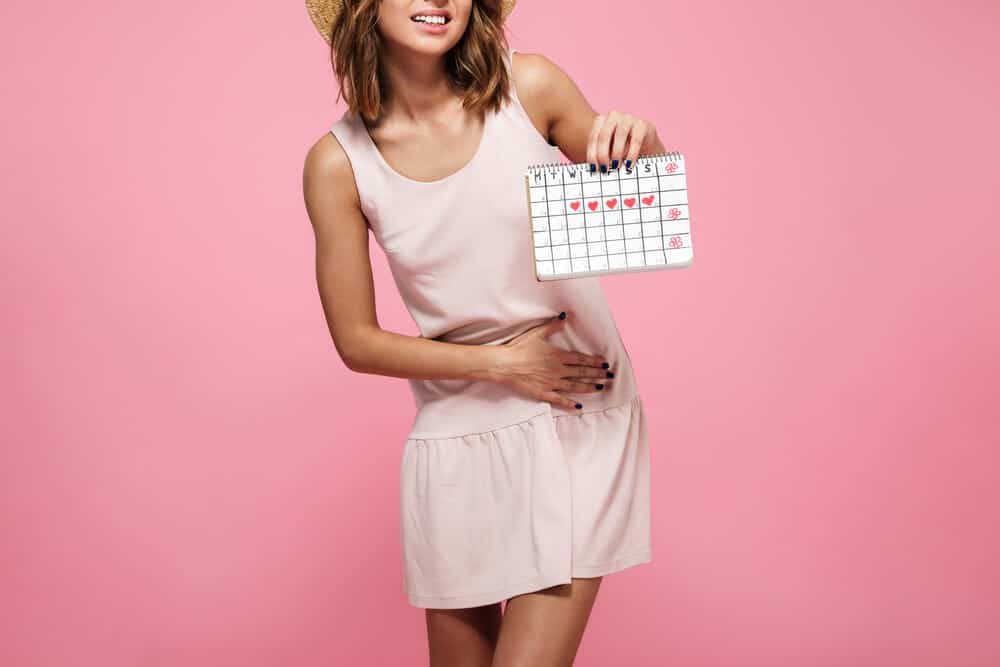 Ovulation occurs around the middle of a menstrual cycle. Ovulation bleeding or spotting is vaginal bleeding immediately before, during or after ovulation. Ovulation bleeding itself is nothing to worry about: it’s due to changes in hormone levels. However, it can be unsettling to see bleeding between periods, because there can be other reasons for bleeding and spotting.

It helps to know what’s normal for you, and to understand when to go to your GP. If you’re trying to conceive, it is also advantageous to know when you’re ovulating as this is your most fertile time of the month.

What is ovulation bleeding and spotting?

Ovulation is when an egg is released from one of the ovaries during the menstrual cycle. The egg travels down the fallopian tube to be fertilised by a sperm, resulting in either a pregnancy or a period. Depending on the length of your cycle, ovulation happens around 12-16 days before the next period is due and during this window you’re at your most fertile. Ovulation bleeding occurs around the time when the ovary releases the egg.

Usually, all you’ll notice is the ovulation bleeding, but sometimes there’ll be accompanying ovulation symptoms such as:

Those who don’t ovulate regularly may experience a period every few months. Polycystic ovary syndrome (PCOS) can cause irregular menstrual cycles and problems with ovulation. Irregular periods can also be caused by having a high or low body weight, some medications, not eating enough, or even exercising too much. Hormone imbalances from medical conditions such as thyroid problems can also lead to irregular bleeding.

Irregular bleeding can include:

Is ovulation bleeding and spotting normal?

Others will never notice any ovulation bleeding and spotting, and that’s normal for them. However, if you notice any major changes in your menstrual cycle, then do see your GP to double-check that everything is OK.

How can you identify ovulation bleeding and spotting?

There are a number of things you can look out for to identify ovulation bleeding:

It’s a good idea to start tracking the bleeding and symptoms in a diary, calendar or tracking app. If you visit the doctor, this will give them the information they need to better understand your cycle.

Is ovulation bleeding and spotting a sign of pregnancy?

Ovulation bleeding is not a sign of pregnancy, as it is only a reflection of ovulation, not fertilisation or implantation.

If you’re trying to conceive, you’ll be looking out for ovulation bleeding.

Some people also bleed around the time of implantation –  when a fertilised egg attaches to the lining of your womb or uterus.  This can coincide with when a period might normally start, so it can be confusing.

When should you speak to a doctor?

You must always visit your GP if you’ve suddenly started to bleed in between periods. It’s usually not something to worry about, but it’s always wise to double check.

It’s also really important to report any other changes in your period to your GP. This includes the amount of blood changing from your normal amount (becoming heavier or lighter), as well as painful periods, pelvic pain and excessive bleeding (clots bigger than a 50 pence piece, or soaking a pad or tampon every two hours). This list isn’t exhaustive and you may have other concerns or notice other symptoms, but whatever changes you notice, it’s always worth seeing your GP to check.

When you’re trying for a baby, it becomes especially important to report any new bleeding/spotting between periods, or any changes to your periods. If you’re experiencing an irregular menstrual cycle, this can be the result of a hormonal imbalance and it can sometimes affect the length of time it takes to conceive.

To boost your chances of conception, try using Impryl. Impryl is a supplement for men and women and works by providing balanced support to your body’s natural metabolism, using activated micronutrients. In this unique way, it improves the quality of both egg and sperm cells.