Home » Blog » Does sexual position matter when trying to conceive? 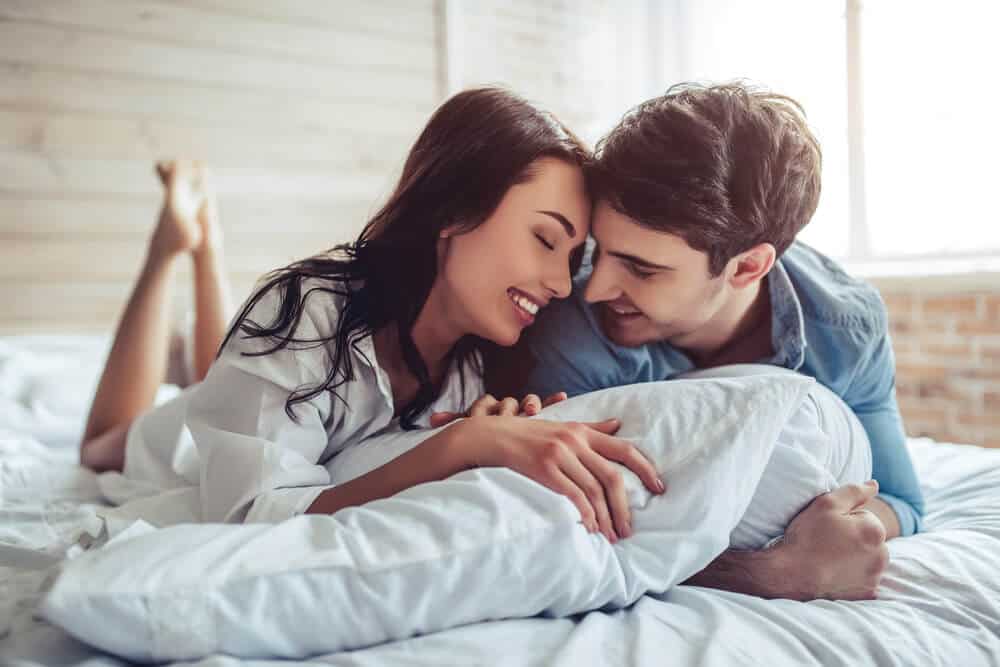 If you’re trying to conceive and not having much luck, you might have already been advised to make changes to your lifestyle and diet, as well as considering nutritional supplementation to support your fertility. Another topic you and your partner might be questioning is, does sexual position matter?

There is no evidence but…

There are no published studies or conclusive scientific evidence to suggest that sexual position makes a significant difference when trying to conceive. Despite this fact, some suggest positions which allow for deep penetration may provide the best chance of conception. This theory is based on the fact that deep penetration allows the sperm to be ejaculated as close to the cervix as possible. The best positions for this are:

Again, there is no evidence to prove that having sex with the woman on top or in a standing position makes conceiving less likely, but common sense tells us that gravity will be working against you.

Sperm are strong swimmers and can reach the cervix soon after ejaculation, which is why people can and do get pregnant as a result of having sex in any sexual position. However, it can take sperm up to 15 minutes to reach the cervix – this is why it has been suggested to lie down briefly after sex, even propping up your pelvis with a cushion to help sperm along the way.

These tips are just suggestions for something to try if you are struggling, they are not a must. One thing that can often plague couples who are trying to conceive is stress. If these positions aren’t for you or your partner, then we suggest you stick to what you like and make it as relaxed and fun as possible.  It is more important to reduce your stress than adopt a particular position.

Other things to consider…

If you are using lubricant when having sex then it is important to pick one which is geared towards fertility. Standard lubes contain ingredients like petroleum, glycerine and silicone which can negatively affect the motility of sperm.  This is why we suggest that you choose a lubricant which has been designed to optimise fertility instead of a standard one meant just for sexual intercourse.

Be careful when using vaginal products

Many products can affect vaginal PH which can damage sperm, making it harder to conceive. Vaginal creams and douches can do this, and we recommend that you don’t use these products. There is some evidence to support this; a study has shown that women who used a douche once a month were 30% less likely to conceive than those who didn’t.

A lack of sleep can negatively affect the libido of both men and women. A study in women concluded that “Obtaining sufficient sleep is important to the promotion of healthy sexual desire and genital response, as well as the likelihood of engaging in partnered sexual activity.” A separate study in men showed that a lack of sleep is closely associated with a higher risk of erectile dysfunction. Having sufficient sleep every night is likely to improve your sex-life.

You and your partner should consider supplementing with a product like Impryl to give you the best possible chance to conceive. This is because Impryl is made up with a variety of micronutrients designed to promote the healthy production of sperm and egg cells. Studies have shown that Impryl has significantly improved the pregnancy outcomes for sub fertile men and women.